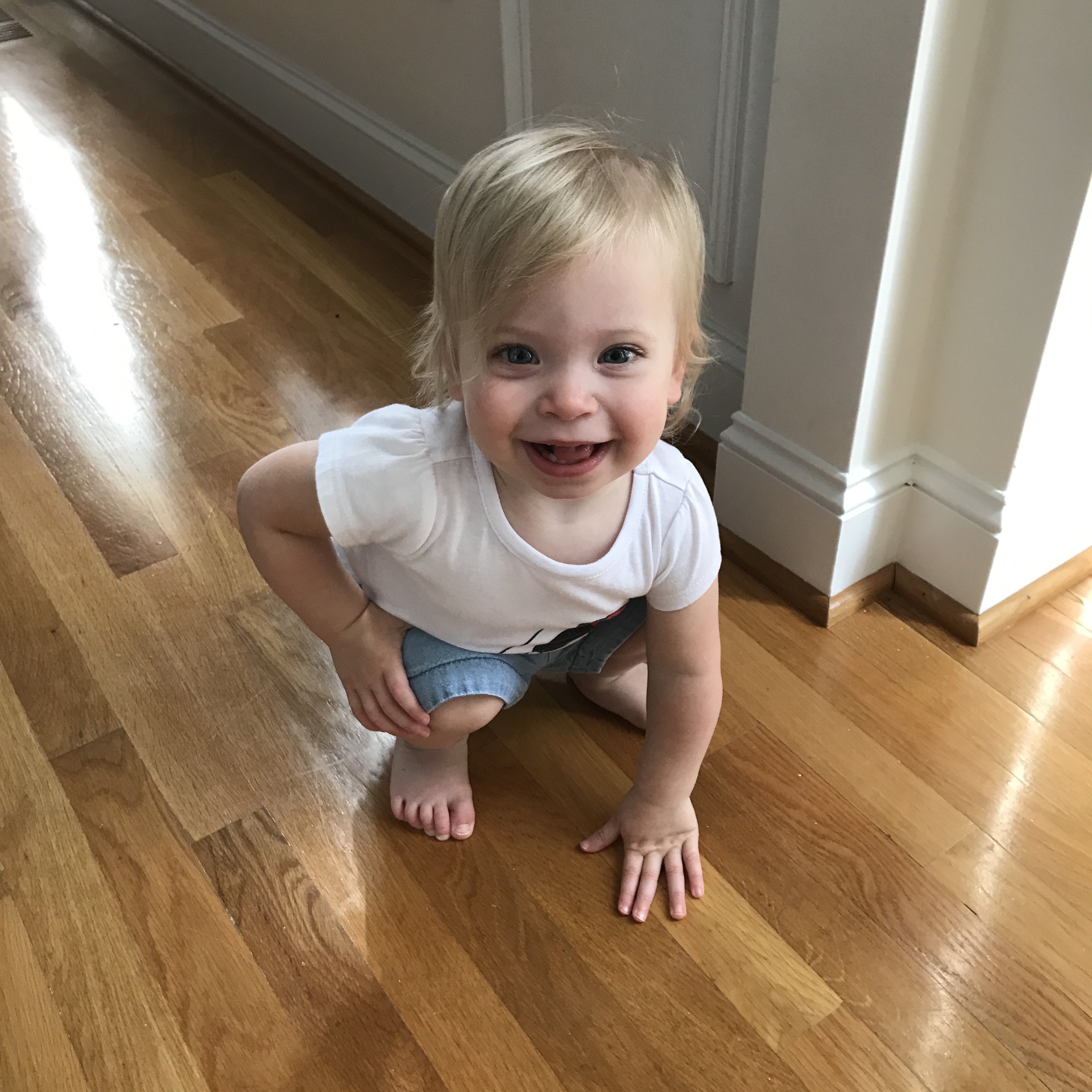 I’ve seen a lot of other bloggers do ‘Awkward and Awesome’ Thursdays, but I figured I would give it a shot as a monthly round-up for my first pass at it. What I really love about these types of posts is that they force bloggers to not always put their best foot forward. You get a more realistic view of what life (or motherhood) is really like without being overly pessimistic or only focusing on the negative. So let’s give this a shot! I am generally incredibly talented at creating awkward moments, so that part should be really easy for me.

-Parker FaceTiming a work colleague. Whoops. She loves playing with my cell phone and managed to kick this off without me noticing.

-Parker’s squealing/screaming in public. If she sees another human being with food, she immediately runs at them and squeals. It’s her version of begging like the puppies. So in restaurants when she sees waiters walking by with food it’s squeal after squeal. Usually we try to keep her preoccupied, but it happens from time to time.

-Having been doing a lot of traveling lately, I have had quite a few of these moments with a gate agent or TSA agent where I respond to a “have a nice flight” with “you too”. Come on…you know you’ve done it too. It’s a knee-jerk reaction that you then have to go with because you can’t really take it back or correct it because then you start digging yourself an awkward hole.

-This was more awkward for me than by me, but having those weird public interactions where people are way too interested in your kid. Making comments that you are going to steal my child, even though it’s a joke, isn’t acceptable, and I have no idea how to respond without being awkward.

-Small talk. This in general is extremely hard for me with people that I do not know well (again with work and traveling, I have been around a lot of friends of friends or acquaintances that you sort of know, but not well), and I get those long awkward silences that I don’t know how to fill. I am literally sitting there thinking “Say something, ask about something. This silence is awkward…BUT I DON’T KNOW WHAT TO SAY”.

-Parker has now started putting on our shoes and walking around in them. It’s hysterical, and I couldn’t believe it the first time she did it.

-Parker dances to any music she hears..those shoulders start wiggling side to side. Especially her favorite ‘Baby Beluga’. She also dances when you give her a food she really likes. It’s hilarious and adorable.

-A week’s vacation at the beach. Family time was awesome, and even though it’s tiring chasing around a toddler who is constantly trying to eat sand or seashells, it’s incredible to see how much she enjoys it.

-Fall is on it’s way. We have already had a few cooler days giving a much needed reprieve from the heat and humidity, and I can’t wait for it to stay cooler.

-We got back all of our goodies from Parker’s One Year photo shoot…prints, a photo album, and a canvas. They look incredible on the wall. Shout out to Adele Lee Photography. She did an incredible job!

-As of right now, I don’t have to travel anywhere for about a month. Fingers crossed that holds, but after August and September, I am absolutely stoked to be staying put for a bit.