My daughter has been completely obsessed recently with Sesame Street…in particular with Elmo and Abby Cadabby (or Abby Dabby as she calls her). So I knew for her second birthday, we had to do something related to Sesame Street. It’s been a couple of months since her birthday, but I wanted to share the details with you. Hopefully it helps to inspire some ideas for you as well!

On to the details! Firstly, we had a sidewalk chalk welcome. This was comprised of a written out “Sunny days ahead” in chalk with character footprints leading up to the house after it. Such a cute and easy to do idea! 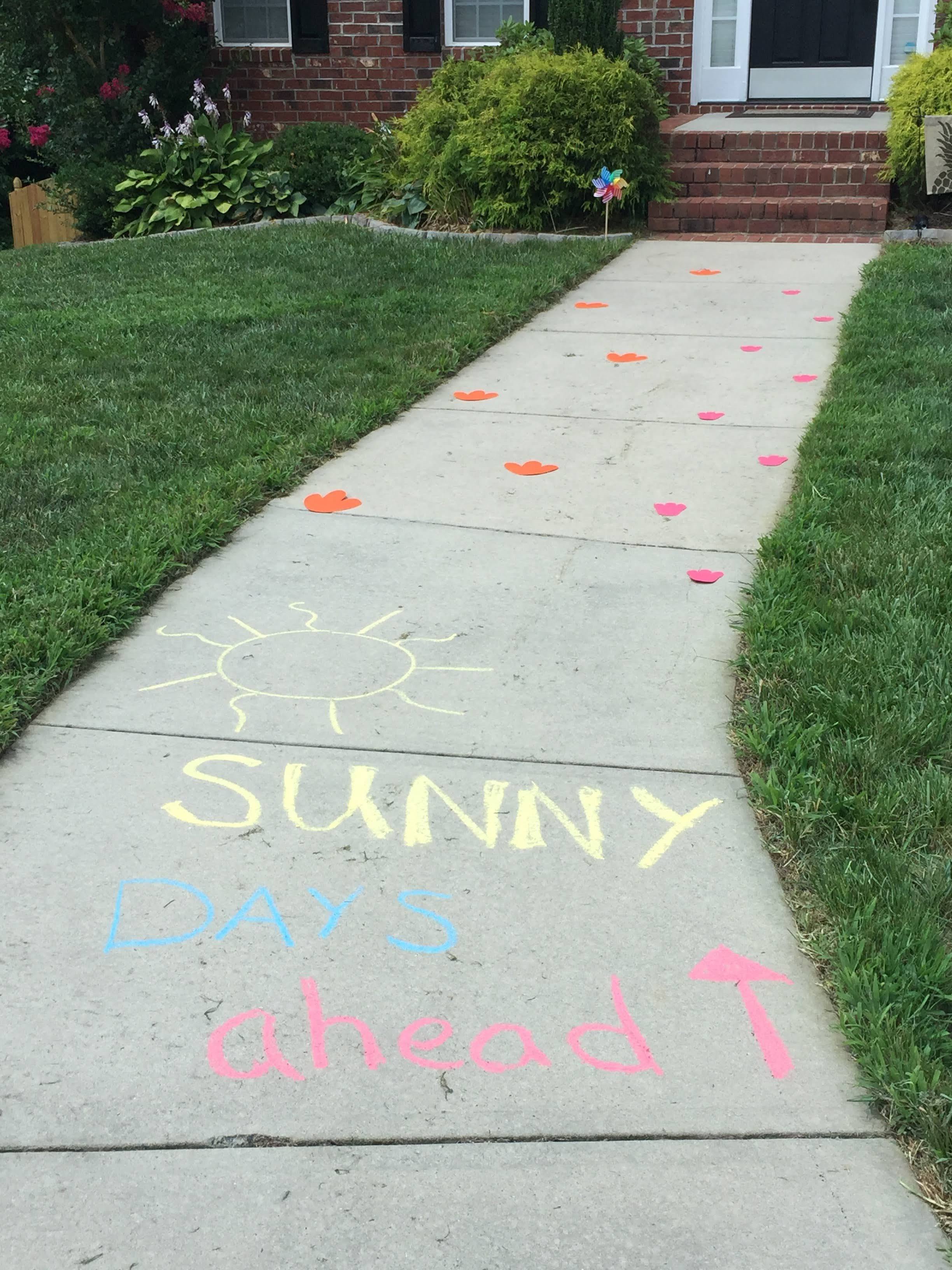 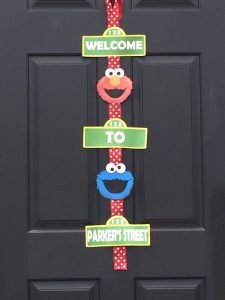 Next, on the door we had a hanging door sign that said “Welcome to Parker’s Street” that I made. I used Silhouette Studio software (which is free even if you don’t own a Silhouette Cameo). I used the free template’s available here. It turned out pretty cute, but I do recommend gluing to cardboard backing if you are looking to make something more sturdy and longer-lasting.

Next, as you entered the door, I had a street sign I created. I simply used a used wrapping paper roll, a styrofoam ball, styrofoam circle, and paint. I then hot glued it all together, printed an extra Parker’s street from the door sign template, but a little bit larger. I did back that with cardboard and then attached it to the street sign. I forgot to get a picture at the party, but here’s a picture from when I put it all together.

Inside, I had a few more decorations: a Happy Birthday banner I got on Etsy, big number 2 and letter P cardboard cutouts that I got from the craft store and painted, and balloons of course. I also made “Grouch Juice” and made a fake trash can for Oscar that held the juice.

I also had a special shirt made for Parker that had a 2, Elmo and her name on it (forgive me for the dirty shirt in the pictures, she ate some watermelon as soon as the party started and it dripped everywhere). The shirt was super cute though! She also wore Abby hair and wings that my husband found for her on Amazon in the picture. Those were a HUGE hit! 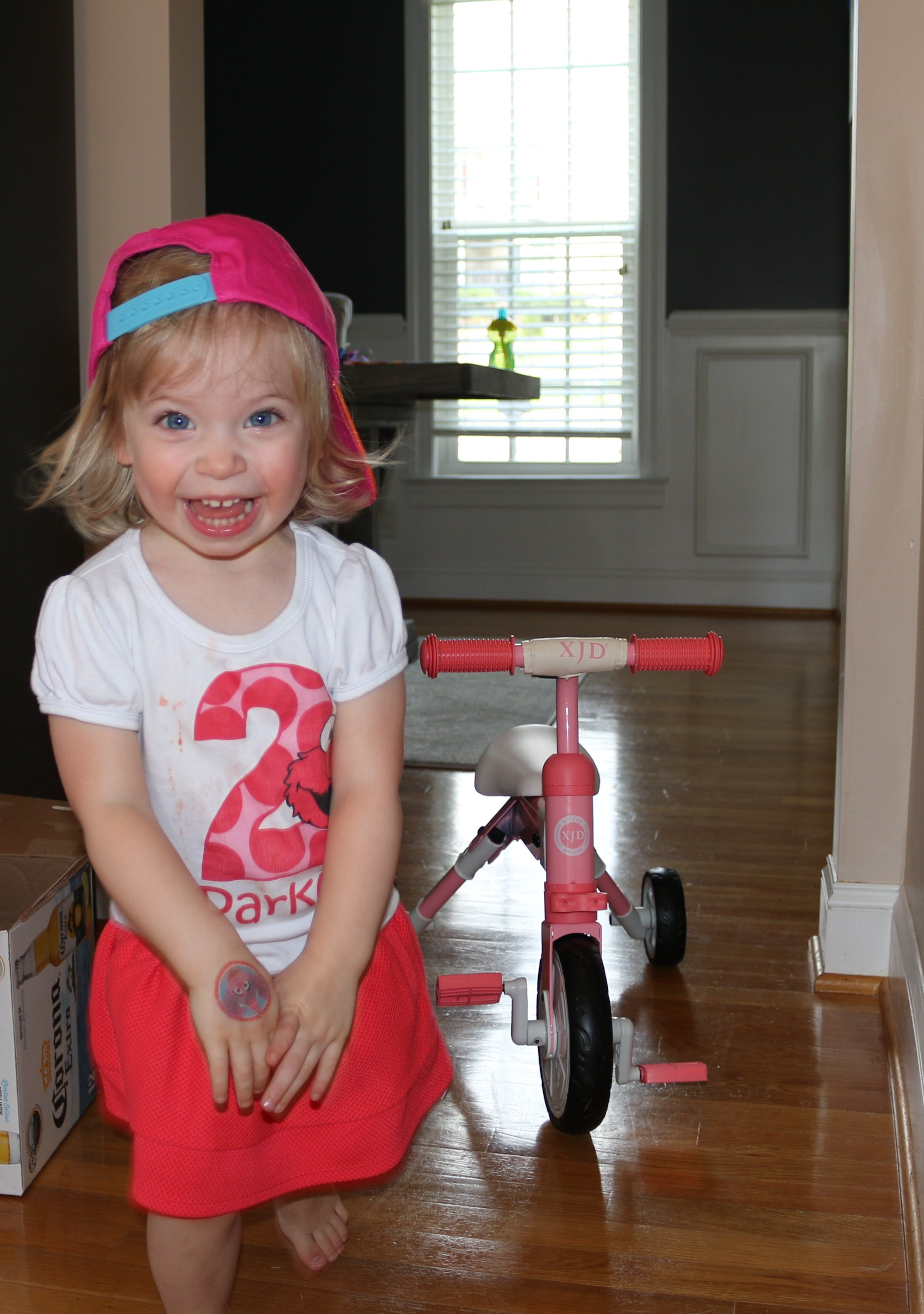 For Parker’s cake, we used a local bakery named Dewey’s and had a custom made cake topped with Elmo made. I think they did a really fantastic job, and Parker was so excited to see Elmo on top! 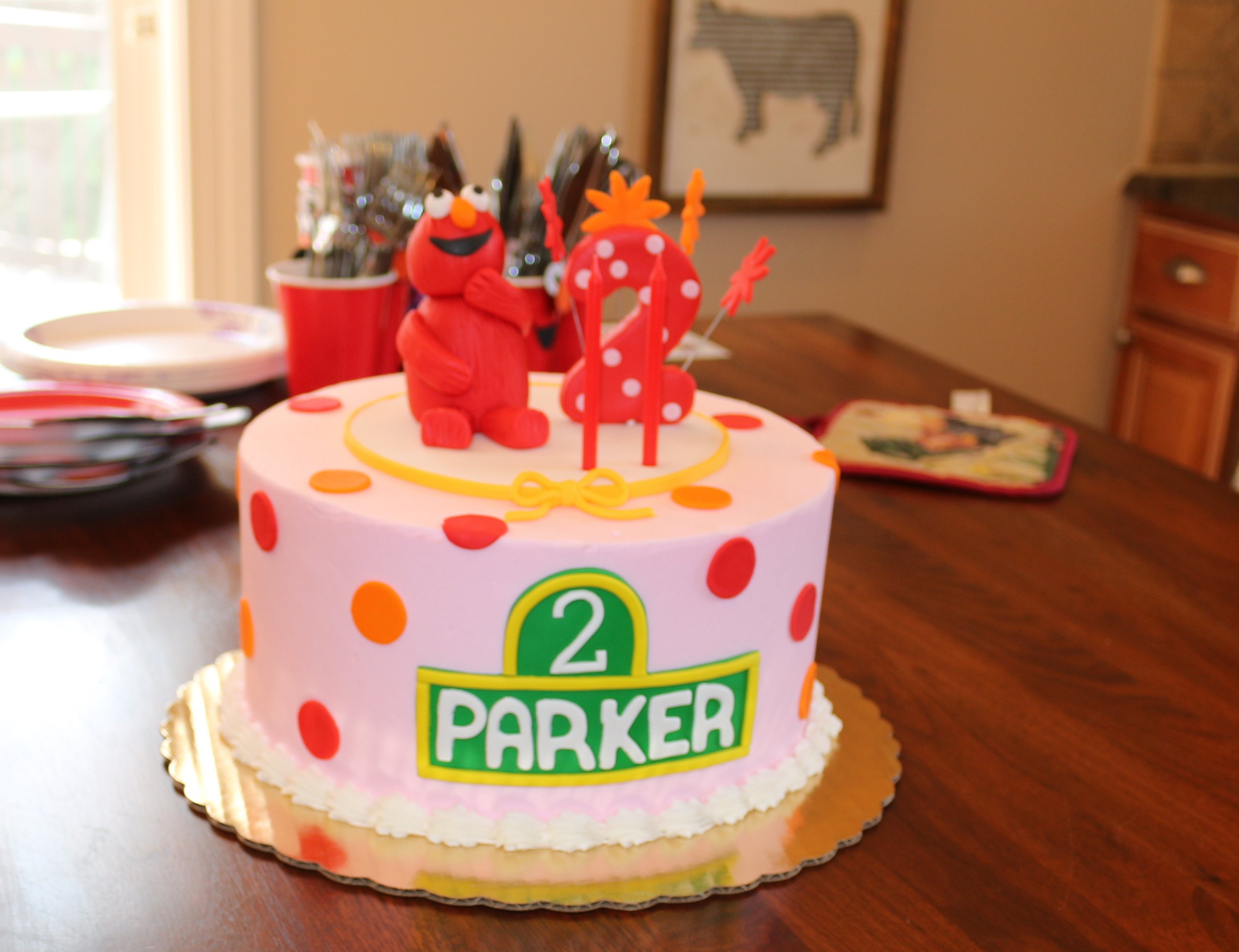 We only had close friends and family over for her actual party, but her Nana and Pop were able to make the trip from New Jersey to see her. It’s always great to have them here, and it made the day even more special for Miss P! Here are a few pictures from the party, as you can see in the pictures Parker received a horse (Neigh Neigh as she calls it) and a pink tricycle (as well as many there generous gifts). She had tons of fun playing with all those new toys and hanging out with family and friends. 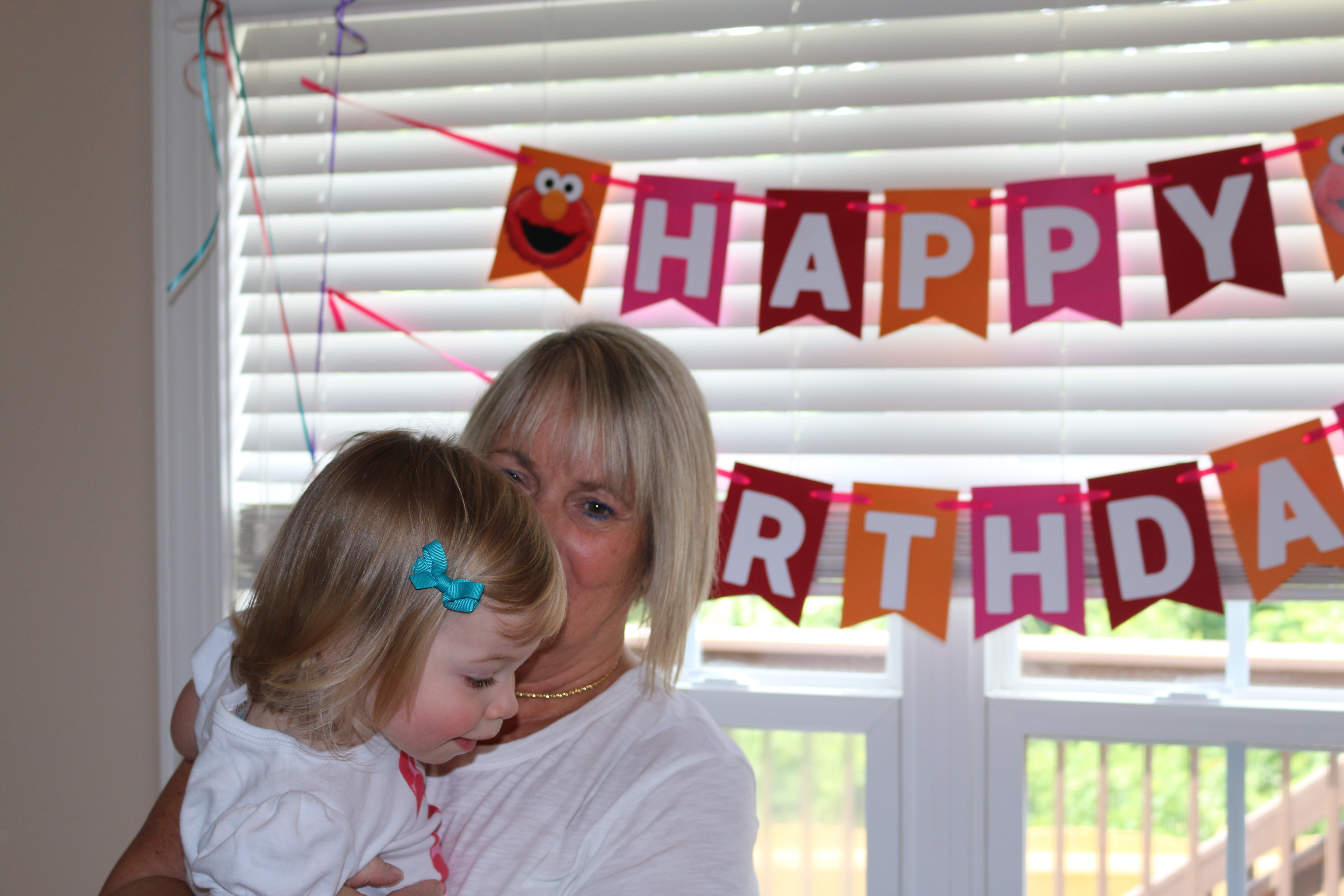 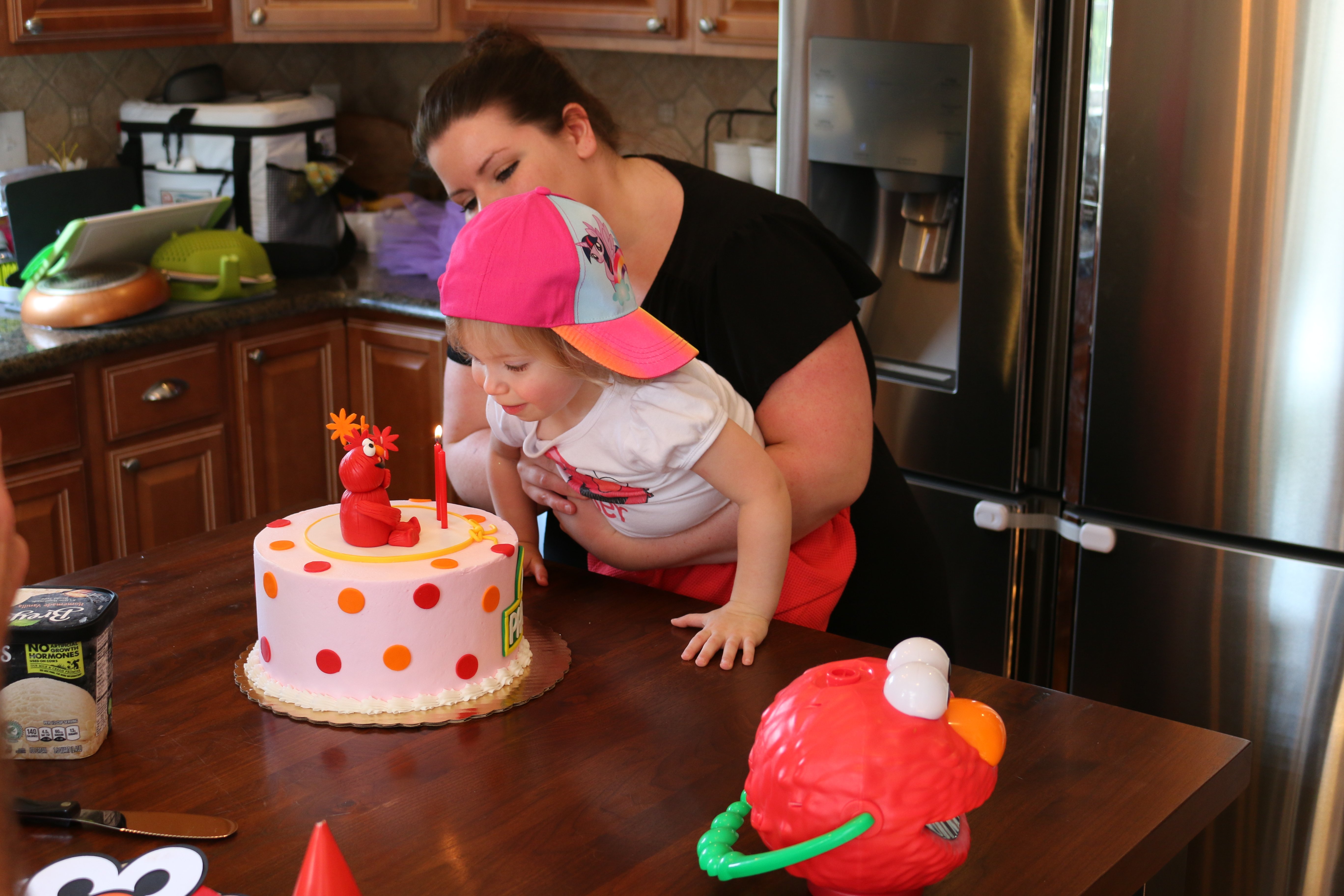 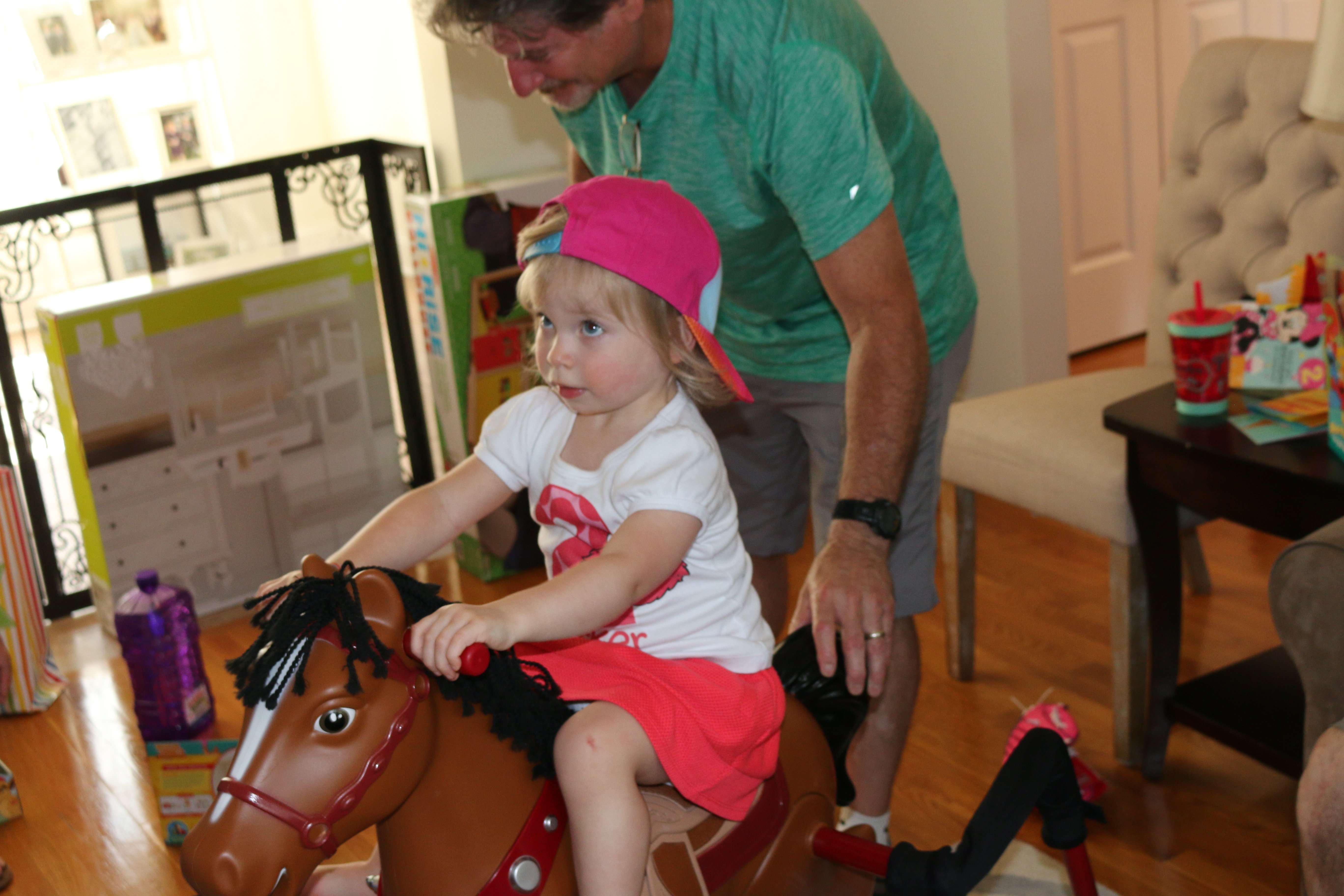 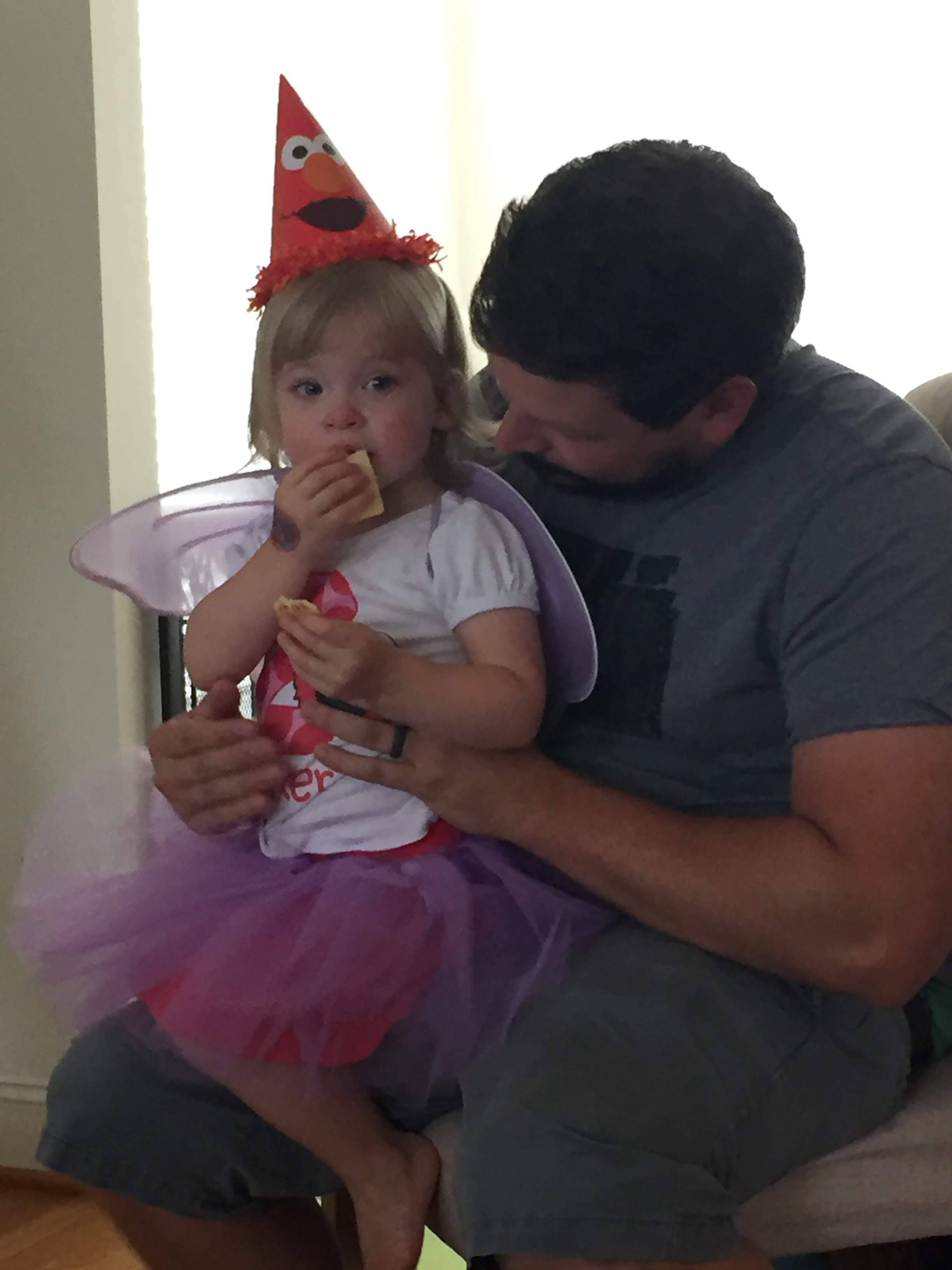 Thanks for stopping by and checking out Parker’s second birthday experience! Hopefully your Sesame Street Party is a hit as well if you are planning one!